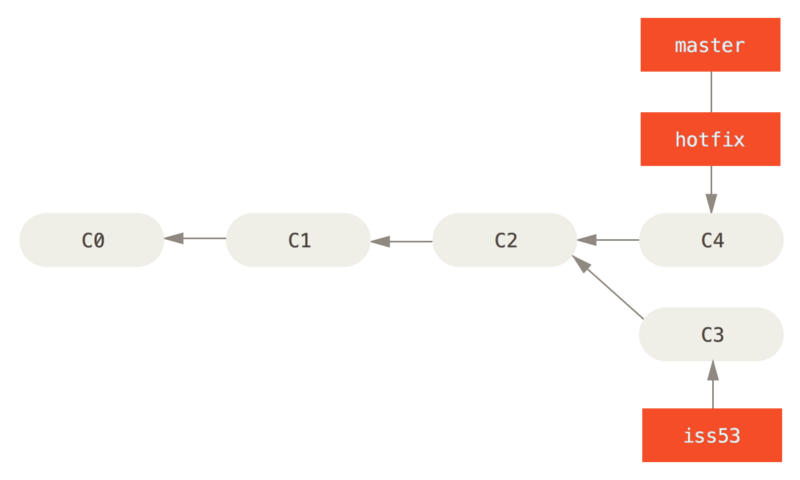 Occasionally, this process doesn’t go smoothly. If you changed the same part of the same file differently in the two branches you’re merging together, Git won’t be able to merge them cleanly. If your fix for issue #53 modified the same part of a file as the hotfix branch, you’ll get a merge conflict that looks something like this: